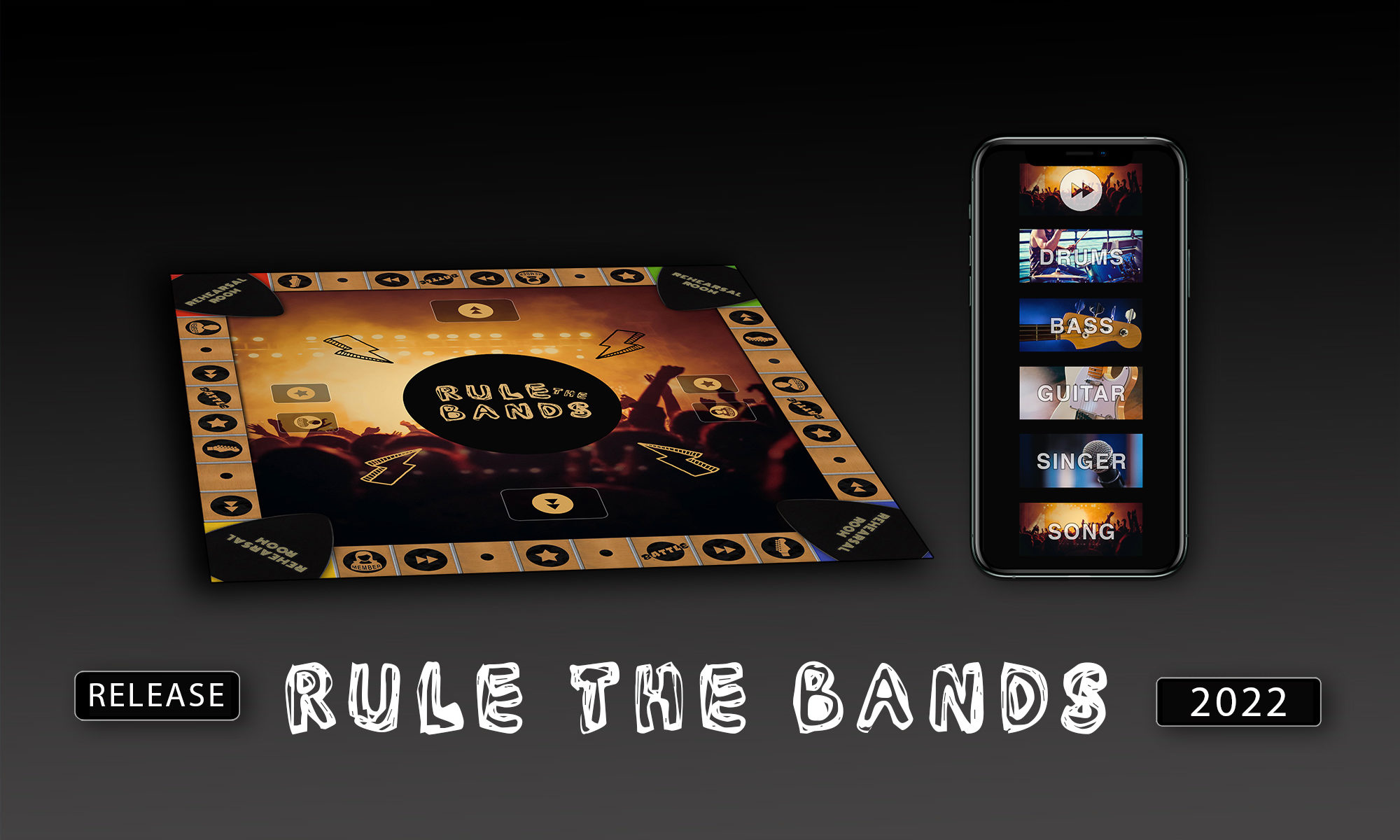 A board game unlike any other. Build your band. Battle for the world!

Have you ever wondered how you would do as a band leader? Could you build the ultimate band to conquer them all? Then this is the game for you. A board game where you go to rehearsal rooms, build up your skills and challenge the other players. It includes a super funny APP to actually listen to how well your band is doing in Metal, Rock, Pop and Jazz! The audience will be ecstatic or obnoxiously rude! Has your drummer lost his drum kit, has the guitar player written a new song or has your manager stolen all your money?

Every game is different.